The average age of CEOs across industries is 59. This includes many founders who have built their businesses from scratch. If we take 65 as the most common retirement age, then CEOs have only got a handful of years before their attention turns to succession. However, according to the National Association of Corporate Directors, fewer than one in four private companies have a formal succession plan in place. This is particularly true among financial advisory and wealth management firms, as they tend to be family-owned or small and mid-sized. And many aging advisors continue to be so tied to day-to-day operations that business succession planning often eludes them. The implications of such inaction can be broad and, at times, disastrous.

More often than not, the reputation of a modern business is inextricably linked to that of the founder. For example, the reputation of Tesla is built mostly around CEO Elon Musk. He is the face of the brand. And stakeholders pin their hopes on Musk when they invest in the brand. So, what happens when the time comes for him to step down? Unless he names someone equally reputable and capable to take up the reins, the company could face a leadership void, which can stir unrest among stakeholders.

The ramifications could send ripples across the stock markets, resulting in stock value decline. Also, the retiring leader’s actions could be viewed as a disservice by clients. Such experiences do not bode well for an industry like financial services, which is built mainly on reputation.

In investment terms, a good business succession plan is something that pays substantial returns, but a proactive plan generates alpha.

In investment terms, a good business succession plan is something that pays substantial returns, but a proactive plan generates alpha. This approach is one of the drivers behind the success of many generational businesses. Its proponents tend to proactively plan their succession, often by fostering a successor or a team for a considerable amount of time, to make the transition smooth for all stakeholders.

Financial advisors, for their part, begin to assign their functions to their successors long before retirement. Eventually, they maintain just nominal roles within the organization, while successors get ready to take on officially. Such a methodical approach has often led to stocks actually going up in value, even when a highly regarded leader calls time on their career. A notable example from the industry is the successful succession at Aflac, where Dan Amos succeeded Paul Amos as the CEO in 1990, and has since grown the company from $2.7 billion to $21.4 billion as of 2020.

According to Deloitte research, only 30% of family-owned businesses survive into the second generation.

According to Deloitte research, only 30% of family-owned businesses survive into the second generation. And heading into the third generation, the number of surviving businesses reduce to a mere 12%. This can be attributed to a number of reasons, but haphazard succession planning is chief among them. 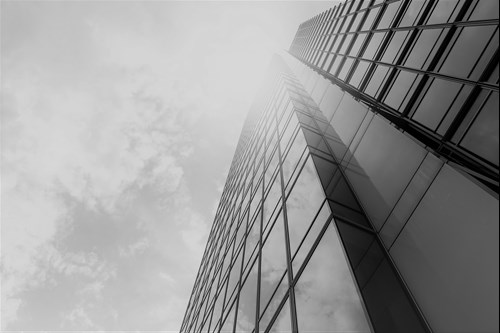 Photo by JESHOOTS.COM on Unsplash

A successful succession requires a plan is based on multiple considerations, including client concerns, choosing the right successor if there are more than one in contention, corporate restructuring, ensuring the decision doesn’t cause internal stress, deciding when to retire, drawing a timeline of how current responsibilities will be divested before the official power transition, and much more. It is important to maintain transparency with all stakeholders during the decision-making process and ensure the successor gets full backing. To that end, timely communications, too, are vital.

The post-succession growth depends on how well the retiring executive can ensure the clients that they are in good hands.

According to survey findings published by the Harvard Business Review, out of 280 leaders aged 55 and above, around 30% have been asked about retirement, mostly by clients. This is especially the case with founder-led businesses. The post-succession growth depends on how well the retiring executive can ensure the clients that they are in good hands. The executive should have a ready, well-articulated template, but – most of all - the messaging must be personalized to hit the right note. This comprises assurances about the succeeding leader, articulating confidence in the person, highlights of their achievements, etc. This must be communicated using the right channels: An in-person meeting with the board, a keynote for employees, a news release for the press, and preferred communication channels (email, calls) for clients.

The rationale behind proactive succession planning is that it takes the retiring executive through the parts of the business that need fixing. As the planning begins, and all stakeholders are involved in the communications, dormant issues will come to the fore. This enables the executive to make timely amends and course correct the plan before consensus is achieved. If the succession is swift, and if stakeholders were kept in the dark about the plan, the outcome could be different and disastrous.

In the case of family-owned businesses, succession can affect interpersonal relationships if the planning did not go through its due process of communications, feedbacks, reorganization, consultations with advisors, etc. If done right, however, executives can perpetuate the company culture and build a legacy that lasts generations.

Protect your company legacy. Our team can help you with Succession Planning so that your family and your business can thrive for generations. Get in touch with us at Clientservice@cfsgroup.com 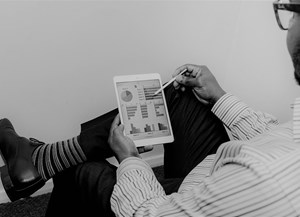