Did you know that around 4,500 cases of cancer are diagnosed every year in the UAE? And the average age of people suffering a heart attack in the country is 45 — significantly lower compared to the global average of 65. Yet, you’d be surprised to learn that more than two-thirds of UAE residents do not have a life insurance policy. A survey of more than 1,000 respondents also revealed that a whopping 80% of UAE residents do not have a critical illness cover.

The higher-than-average incidence of critical illnesses and the lack of adequate insurance coverages are indeed a great cause for concern. This is because critical illnesses not only impact the patient but can also land the family and beneficiaries in financial troubles, which, in turn, can have broad implications for the standard of living, education, and opportunities. Taking into account that many young people, who often have dependents, are susceptible to critical illnesses, there is a pressing need to underscore the importance of sufficient and comprehensive insurance coverage.

A survey of more than 1,000 respondents revealed that a whopping 80% of UAE residents do not have a critical illness cover.

A majority of the general population is not quite aware of the availability of critical illness insurance, leave alone what it offers and why it is important. The ones who are aware of its existence often deem it a costly affair. In light of alarming critical illness statistics in the UAE, we, at the Continental Group, believe the awareness of CI is an utmost imperative. For starters, CI gives patients financial relief by paying a lump sum. This liquidity, unlike health insurance which promises relief only on the hospitalization front, will enable the patient to safeguard a number of financial interests, including healthcare. Such flexibility also helps the patient fully focus on recovery and improve his/her prognosis.

So, at the Continental Group, we often suggest our clients to buy critical illness insurance, saying it is better to have a CI policy and not need it rather than needing it and not having it. This approach stems from years of real-life client stories where the presence of CI policy, and the lack of it, has led to widely varying outcomes. If the aforementioned rationale for CI insurance does not convince you, the following recent case study of one of our clients definitely will.

Like many others in such circumstances, the husband decides to quit his job and pursue his dreams of setting up an event management company. He acts on his wishes in early 2019. However, before he could taste the fruits of his labour, the pandemic brings everything to a standstill within a year. Expenses shoot up, losses mount, and all his life’s savings are depleted. Soon, finding no respite from setbacks, he closes shop. At this point, having no job and without any savings to his name, he defaulted on premium payments of both the CI policies that he and his wife had purchased in 2016 and 2018. We ran a sustainability quote to assess how long the policy can run. However, soon after, without seeing any change in his fortunes, he requested us to cash in on his existing policies.

His rationale? The inability to meet household expenses and sustain the existing lifestyle as his wife was the sole bread earner. Her salary was inadequate to meet the premium requirements of both the policies and simultaneously support other household expenses. The Continental Group’s executive, who also happened to know the client outside of professional capacity, urged him to continue with the policies, citing our core belief that one can never predict what life has in store for us. Despite our pleas, he officially sought to cancel them. Finally, we convinced him to cancel just one policy and wait out to see how his situation pans out in the foreseeable future.

As he needed greater liquidity, we decided to cash in on the policy that had the higher cash value — the one, with a coverage of $100,000, bought in 2016. He received less than 50% of what he had paid. Nevertheless, the client had no qualms over just having a $50,000-cover policy, commenting on one occasion that he feels physically fit and that the coverage is adequate for a 40-year-old. The cancellation and the payout were complete by January 2021.

This is where the story takes a classic, “when-it-rains-it-pours” turn. In the first week of March, the husband experienced severe stomach pains accompanied by constipation. A doctor in Dubai treated it as a case of appendicitis and subjected him to surgery. Soon after discharge, he went to Delhi to meet his parents. The stomach pains became worse, prompting another visit to the hospital. His world came crashing down as he received the accurate diagnosis: Renal Rectum Cancer.

As soon as the Continental Group learnt of his ordeal, we initiated his claims, and, within five days, thanks to our Claims Department’s tireless efforts, got him a $50,000 payout as stipulated under the policy that we had convinced him to retain just two months prior. He is currently undergoing treatment in India, where each session is costing him anywhere between $3,000 to $8,000. So, the payout is coming in handy as he continues his battle against a critical illness at a young age. We have mixed emotions about the events that transpired with this client — we are pained to see him battling for his life, knowing his dire financial situation, but, at the same time, we are glad to have convinced him to retain the policy and facilitated an immediate payout. It would be untrue if we say we do not regret cancelling the $100,000-cover policy. But there is also cold comfort in knowing that we had suggested a whole-of-life plan with high cash values, which enabled him to continue the policy despite later setbacks.

As an insurance intermediary that is deeply involved in the lives of so many of our clients, we believe that some stories stay with us forever. The above story definitely qualifies as one. While our professional associations with some end with payouts, we remain connected at a deeper level — which, in the above case, is the regret that we share with the client over the cancelled $100,000 policy. It is to this effect we believe we have a responsibility to share these stories, hoping that it will impact someone’s life for the better.

Our rationale is rather simple: If you compare the payout you stand to receive in the event of a CI claim, it far supersedes the monthly premiums that you have to set aside. Most importantly, it is significantly cheaper compared to an indemnity plan. For example, if a comprehensive health plan for an individual of a certain age and a certain coverage is, say, $4,000, then the critical illness policy for the same person with the same coverage amount will be a fourth of it at $1,000.

At the Continental Group, we walk our clients through all the available options — whole of life, term insurance, joint insurance with the partner, hybrid term, etc. — and ensure the selection of a best-suited plan. If you are ready to be matched with an advisor that will help you achieve your financial goals, write to us at clientservice@cfsgroup.com. 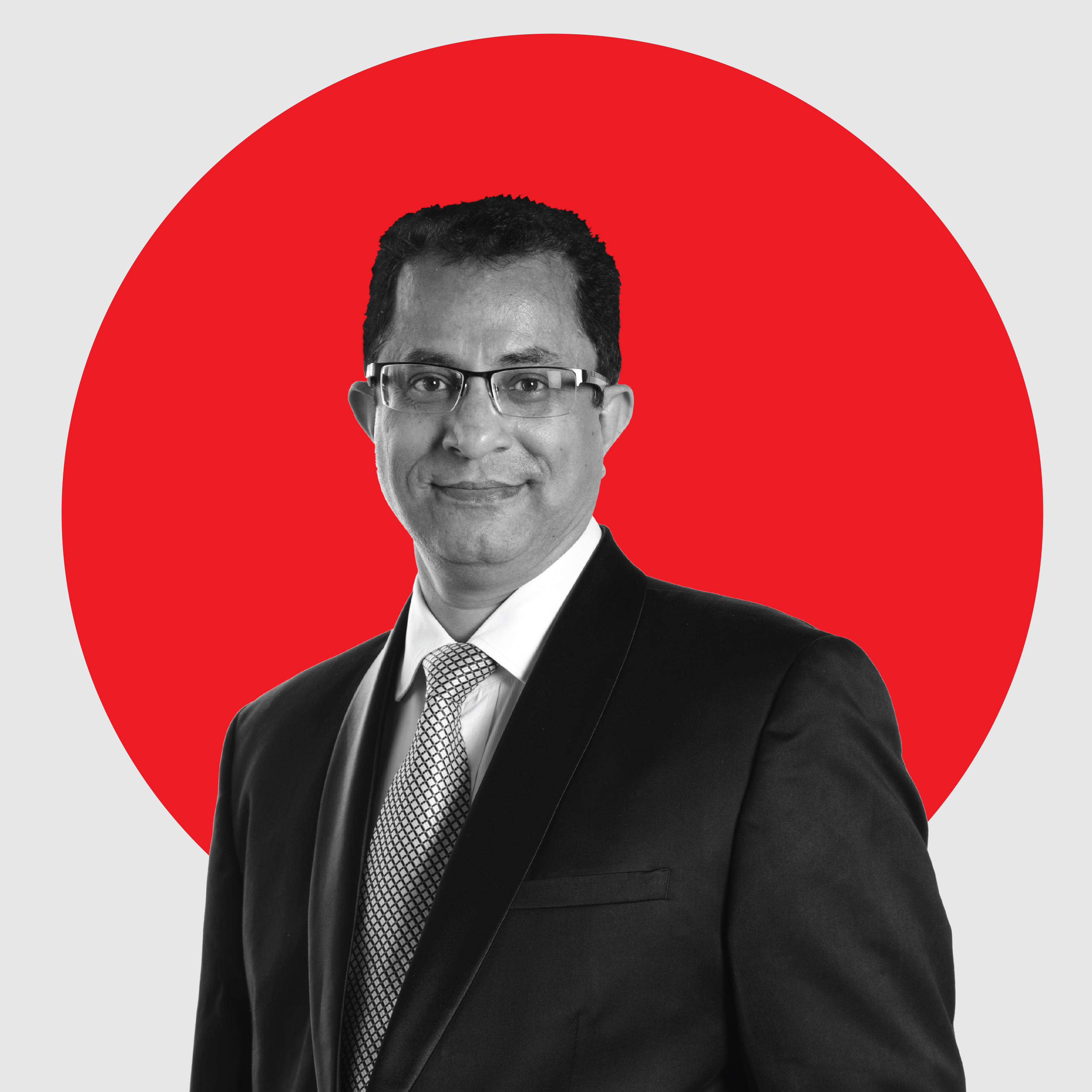 Aadil is a qualified and Certified Financial Planner (CFP) from Financial Planning Standards Board (FPSB) - India, which is the highest level of Certification Worldwide in the field of Financial Planning. He has over 2 decades of experience in advising Individual Clients on securing their financial future based on their personal and professional goals.

Aadil is also a Qualifying and Lifetime Member of Million Dollar Round Table (MDRT) – U.S.A., which represents the top 5% of the Professional Financial Advisors in the world.

Aadil is an author of a book “3 steps to Financial Freedom. He is a professional speaker and a member at Speakers Bureau and Dubai Chapter Toastmasters Club for more than a decade. He is passionate about spreading financial awareness and educating individuals, families on the need for proper Financial Planning. He was a past VP Membership in year 2012-13 and past President of Dubai Club in year 2018-2019. Married to Mushfeqa, Aadil has two sons - Mohammed Basit and Mohammed Saif. He believes that it is his family that has inspired him to succeed.